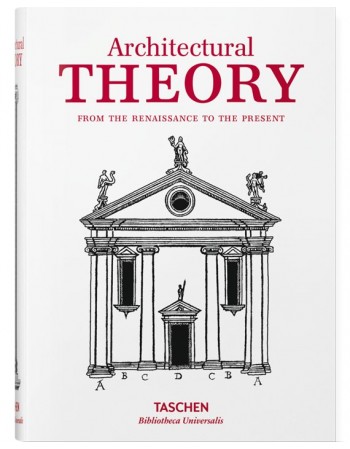 If you’ve ever wondered what goes through architects’ minds when they design buildings, you’ll be happy to know that there’s no shortage of brilliant reading material to satisfy your curiosity. Wading through the archives at your local library may prove fruitful to your endeavor, but it won’t give you the instant gratification that Architecture Theory will. This book brings together all of the most important and influential essays about architecture written since the Renaissance, copiously illustrated and neatly organized chronologically by country. From Alberti and Palladio to Le Corbusier and Koolhaas, the best treatises by architecture’s greatest masters are gathered here, each accompanied by an essay discussing its historical context and significance. 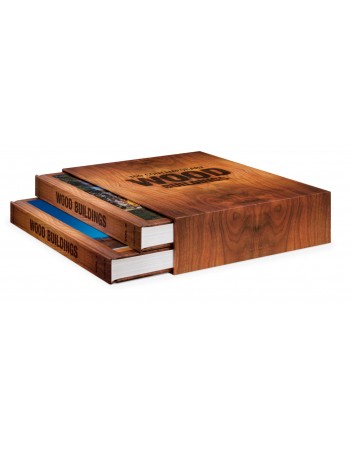 Not so very long ago, some might have considered wood a material of the past, long since replaced by more modern components such as concrete and steel. The truth is radically different. Bolstered by new manufacturing techniques and ecological benefits, wood has seen a fabulous resurgence in contemporary construction. This double-volume survey explores how architects around the world have created and invented with this elementary material. Featuring follies, very large buildings, and ambitious urban renewal schemes, it celebrates the diverse deployment of wood by architects around the world. 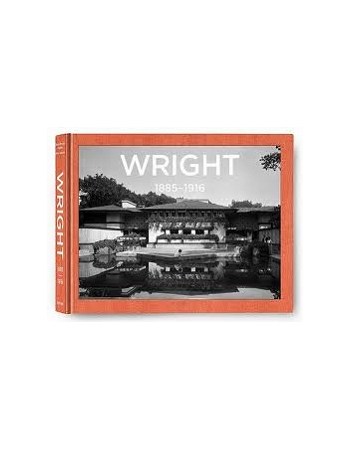 This title deals with the Wright stuff. This is the definitive publication on America's greatest architect. Frank Lloyd Wright (1867-1959) is widely considered to be the greatest American architect of all time; indeed, his work virtually ushered in the modern era and remains highly influential today. His wide-ranging and paradigm-shifting oeuvre is the subject of Taschen's three-volume monograph that covers all of his designs (numbering approximately 1100), both realized and unrealized. Made in cooperation with the Frank Lloyd Wright Archives in Taliesin, Arizona, this collection leaves no stone unturned in examining and paying tribute to Wright's life and work. 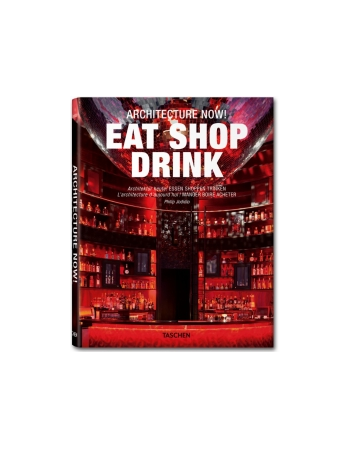 Hot Spots Some of the most spectacular architectural designs of the moment have to do with our most basic needs: eating, drinking, and shopping. Restaurants, bars, and boutiques are the substance of this new book that puts an emphasis—like all volumes of the Architecture Now!-series—on the very latest and best creations. This is where you will find the likes of David Chipperfield and Peter Marino in the same book, where Jean Nouvel and BIG star Bjarke Ingels meet. But it is also the place to discover new talents like the designer of London’s Late Night Chameleon Café, Gary Card, to see how the director David Lynch imagined the subterranean Paris nightclub Silencio, or what designer Tom Dixon conjured up for the Tazmania Ballroom in Hong Kong. 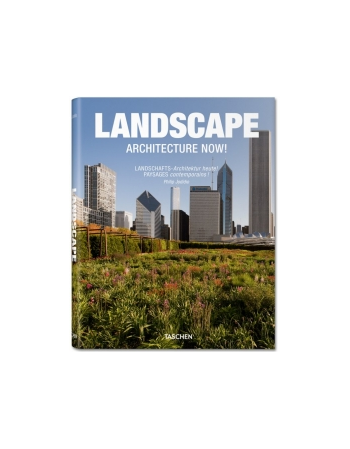 Architecture outside the box Designing the great outdoors One of the hottest areas of contemporary design is landscape architecture. No matter what the architectural style of the moment, the green areas around houses, stadiums or corporate headquarters have taken on a considerable importance, all the more so with the emphasis on ecology and green design. This book calls on the work of the top designers of the moment, from Ken Smith, author of the Museum of Modern Art’s rooftop garden, to West 8 from Rotterdam, but also on architects ranging from Steven Holl to Tadao Ando, who have long been fascinated by the environments of their buildings. 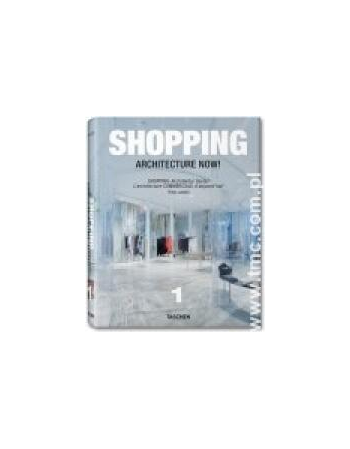 Let's talk shop! The latest volume in the world's most successful architecture series Shops are the one place where the stars of the world of architecture, from David Adjaye to Rem Koolhaas and Zaha Hadid encounter the people who make the world of design turn, from Jurgen Bey to Tom Dixon, Ingo Maurer, or Philippe Starck. This book is full of the most recent retail spaces in the world, ranging from astonishing shopping centers by Daniel Libeskind or the young Swiss firm HHF to interactive store windows or a tiny jewel-like chocolate store in the heart of Paris. 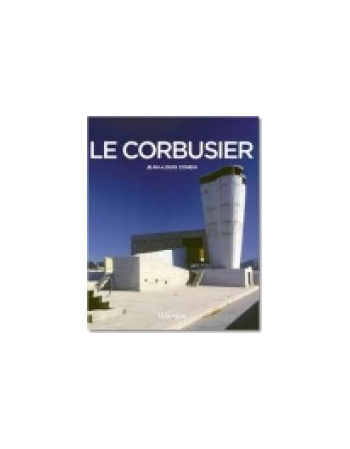 36,75 zł Cena
Born Charles-Edouard Jeanneret, Le Corbusier (1887-1965) adopted his famous pseudonym after publishing his ideas in the review L'Esprit Nouveau in 1920. The few buildings he was able to design during the 1920s, when he also spent much of his time painting and writing, brought him to the forefront of modern architecture, though it wasn't until after World War II that his epoch-making buildings were constructed, such as the Unite d'Habitation in Marseilles and the Church of Notre Dame du Haut in Ronchamp. 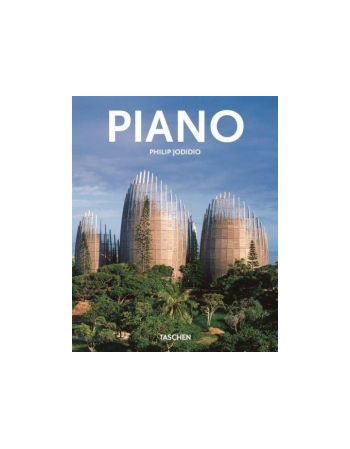 The mechanics of lightness. The wide-ranging career of the Italian virtuoso. "The array of buildings by Renzo Piano is staggering in scope and comprehensive in the diversity of scale, material, and form. He is truly an architect whose sensibilities represent the widest range of this and earlier centuries." Such was the description of Renzo Piano given by the Pritzker Prize jury citation as they bestowed the prestigious award on him in 1998. Whereas some architects have a signature style, what sets Piano apart is that he seeks simply to apply a coherent set of ideas to new projects in extraordinarily different ways 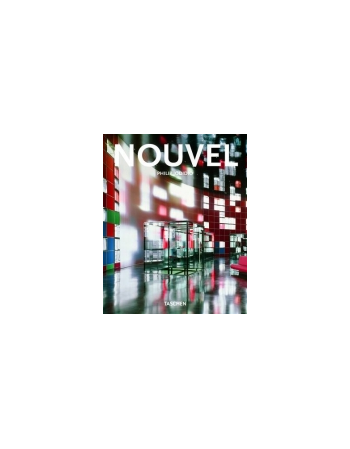 France's leading architect. Jean Nouvel, winner of the 2008 Pritzker Prize, is widely regarded as France's most original and important contemporary architect. From 1967 to 1970 he assisted influential architects Claude Parent and Paul Virilio, before creating his own practice in Paris. His first widely acclaimed project was the Institut du Monde Arabe in Paris (1981-87). Since then he has completed the Lyon Opera House, the Euralille Shopping Center, Lille, and the Fondation Cartier, Paris. His major completed projects since 2000 include the Culture and Convention Center in Lucerne, Switzerland, the spectacular Agbar Tower in Barcelona, the extension of the Reina Sofia Museum, Madrid, the Quai Branly Museum in Paris, and the Guthrie Theater in Minneapolis, Minnesota. 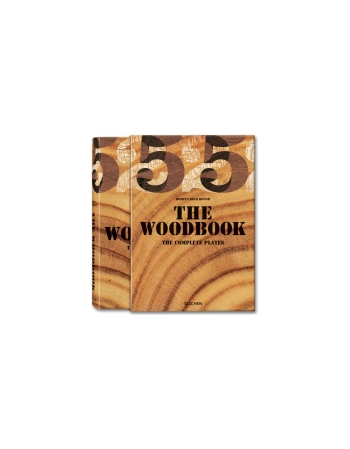 Culled and assembled by Romeyn Beck Hough between 1888 and 1913 in what still remains a stunning and unparalleled achievement, American Woods —originally published in 14 volumes, with actual specimens mounted on card stock—is a work of breathtaking beauty that has set the standard for the study of trees and wood. TASCHEN`s Wood Book reproduces, in painstaking facsimile, all of the specimen pages from the original volumes; for this purpose we have obtained the use of an extremely rare original set of volumes in very good condition, with minimal damage to the wood cuts. 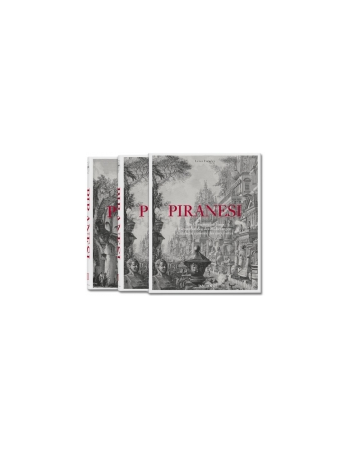 Piranesi's fantastic worlds The great 18th century architectural artist and master engraver "Piranesi was as savage as Salvator Rosa, fierce as Michelangelo, and exuberant as Rubens… he has imagined scenes that would startle geometry and exhaust the Indies to realize."

Today's starchitects Currents in architecture around the world Architecture Now! 8 reviews new and exciting projects completed and under construction in the whole world. No style, no building type is ignored, making this volume a true compendium of what anybody interested in buildings today needs to know. From well-known figures such as Zaha Hadid, Ryue Nishizawa of SANAA fame and Thom Mayne of Morphosis, to rising stars like Joshua Prince-Ramus (REX) and Sou Fujimoto and on to less-known architects who are the “stars” of tomorrow, like the Indians of Studio Mumbai, the Norwegian Todd Saunders, the Burkinabe Diébédo Francis Kéré, and the Colombian Giancarlo Mazzanti, or the Chinese architect Li Xiaodong, they are all here and many more as well. 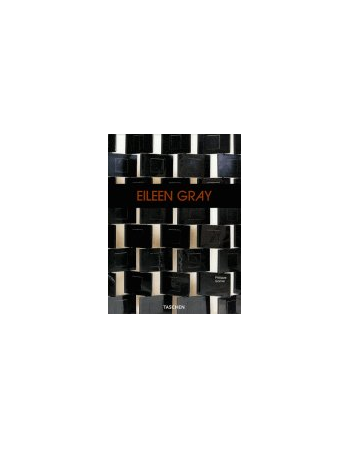 Eileen Gray: A Woman Among...

92,40 zł Cena
Though her work has often been overshadowed by that of her peers such as Le Corbusier and Marcel Breuer, Irish designer, lacquer-artist, and architect Eileen Gray (1878-1976) is now widely recognized as a designer of great talent and individuality. She first excelled in the exacting craft of lacquer, creating screens, panels, furniture, and objects of technical virtuosity and poetic strength. Eileen Gray then developed an interest in architecture, designing two houses, "E-1027" (completed 1929) and "Tempe a Pailla" (completed 1934) in the south of France, which are seminal examples of the spirit of the Modern movement. This book analyses and illustrates the full range of her furniture, interiors, and completed architectural projects. This is the reprint of the edition of 1993. 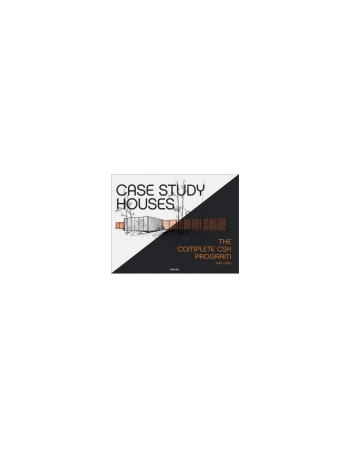 231,00 zł Cena
The Case Study House Program was initiated in 1945 by John Entenza who personally requested architects to contribute models for low-cost modern homes. This book presents the final 36 designs which reflect the aspirations of the post-war generation of American architects involved. 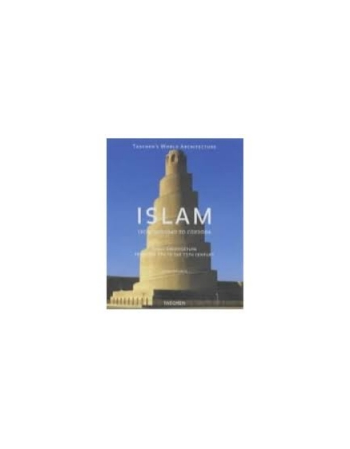 71,40 zł Cena
"This illustrated volume surveys over 600 years of Islamic architecture, from the late 7th century to the mid-13th century. It places mosques, Koran schools and palaces in their cultural, religious and political contexts. Buildings featured include Jerusalem's Dome of the Rock, and the mosque in cordoba. This reference should appeal to the expert as well as the travel-hungry reader." 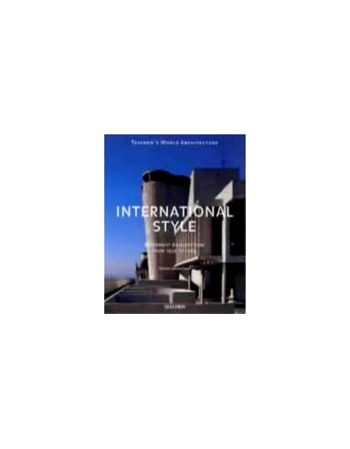 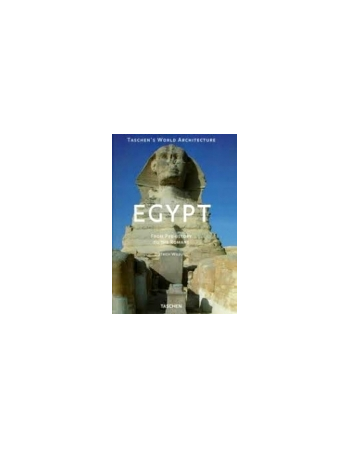 71,40 zł Cena
"This volume presents an illustrated record of the architecture of the pharaohs, ranging from 3000 BC to the Egyptian style of today, from the Sudan to the Mediterranean. The meanings of wall hieroglyphics are deciphered."

Flowers in the desert Sensuality and color fuse with nature The art of American painter Georgia O'Keeffe (1887-1986) is splendid with color and laden with hidden sensuality. O'Keeffe's fame was largely earned by her large-format flower pictures that have assured her an unusual place in the annals of art, between realist and abstract. Our Basic Art Series study traces the idiosyncratic of O'Keeffe's career, and numerous illustrations document the most important periods in her lengthy life in art. 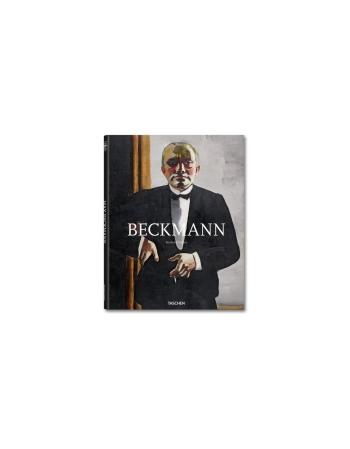 Max Beckmann (1884-1950) found his central theme in the loneliness of the twentieth century man, threatened by catastrophe and torn between materialism and freedom of mind and spirit. His early pictures showed the influence of Impressionism, with a preponderance of biblical, historical, and allegorical themes. World War I made a deep impression on him: somewhere between Expressionism and Neue Sachlichkeit (New Objectivity), the succinct forms and hard contours in his memorable paintings and graphic works showed man at the limit of physical and mental endurance. Later, the harshness and severity of his style softened and his colors became more radiant, but the monumentality remained. 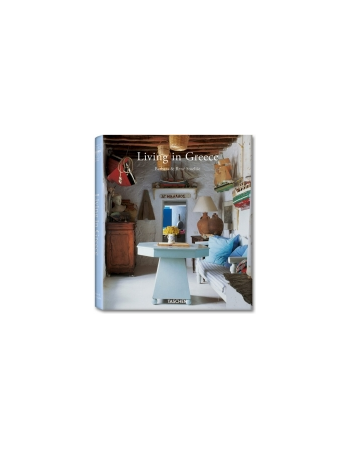 Mythical homes in the land of the gods Discover the best of Greece's hidden treats Barbara and René Stoeltie bring you yet another excursion to the best of the worlds country homes—this time to the mythical land of Greece. Go island hopping with the Stoelties and discover the best of Greece's hidden treats, such as the hilltop vacation house of Robert Browning, descendent of the English poet, in Hydra, a stunning 18th century Turkish-Greek palace—the former residence of a Turkish governor, now inhabited by a farmer and his family—on the Argo-Saronic Islands, and the cozy, romantic home of Onassiss ex-pilot Basile Touloumtzoglou and his wife, Tilly.

Here today, gone tomorrow Architecture on the move As economic problems make some shy away from grandiose, long-lasting buildings, a wave of new temporary buildings and architectural is sweeping over the planet. These can have uses from emergency relief to concert or performance venues. Another fascinating area that is covered here is exhibition and fair design, a veritable treasure trove of exciting designs that come and go in the space of a week or less, to show fashion, jewelry or design.