57,75 zł Cena
Dostępność: na zamówienie Svobodnaya planirovka - 'free floor plans' is the term used in adverisements for flats being offered for sale in Moscow's elite apartment buildings. Literally all flats for the rich in Moscow are currently sold without interior walls - 'shell-and-core', just as offices. The only remaining difference between an office building and an apartment building is the presence of balconies or glazed veranda's and multiple stand pipes that enable a variety of interior solutions. This phenomenon is radically transforming the practice of housing design. There is a rigid division between the shell, a structure that gives equal conditions to all inhabitants, and the interior, that is built according to the specific wishes of the individual client. This division is also present in the architectural profession - arcitects can be divided into so-called ob'emshiki - mostly older architects, working in established big firms and responsible for the construction of the buildings, and interiershiki - young architects and designers, establishing thier own small architectural firms catering the wishes of their rich clients. This publication shows these two architectural practives - four recently completed Moscow apartment buildings with free floorplans, and four interiors. A round table converstaion with interior and exterior architects and a historical excursion into the meaning of the apartment for the Russian soul completes the presentation of this fascinating theme. 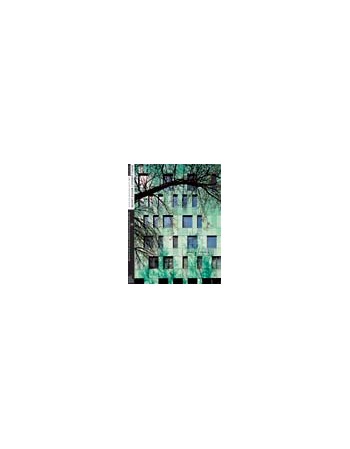 76,65 zł Cena
Dostępność: na zamówienie Around half a year ago, a map was published in the Kommersant daily's real estate supplement that showed the location and price per square meter of elite housing projects in central Moscow. The highest prices were in the Ostozhenka district, and two Project Meganom architecture studio projects were specifically mentioned. $10,000 per square meter - a price comparable to London's Chelsea or Paris XVI Arrondisement districts. Moscow's elite apartment projects are quite modest compared with their foreign counterparts. True, they are well designed - their architecture is actually more up-to-date than exclusive projects in the West. There are no spectacular views over squares, parks, or rivers; there are no well-kept restored historical areas with boutiques, bars and restaurants. As some foreigners I have shown around in the district noticed, the neighborhood looks quite run-down. For them it is difficult to understand why this would be place for elite apartments. Any economist can tell you that price is the direct result of the scarcity of a product. If a product is exclusive - meaning difficult to get, then its market value is high. This is exactly the case with elite housing. Imagine being rich and wanting to buy a property in Moscow. In any other European city you would have a whole range of options to choose from. The most expensive variant would be to buy a house with a private garden in the city centre. In Moscow you cannot find such houses. There are only apartments, and most of them are small and with a standard floor plan. As a result, anything that differs from the standard immediately gets extra value. The same counts for the neighborhood. If 90% of Moscow consists of prefab concrete housing blocks, then the few districts that actually have historical value (Ostozhenka, Arbat etc.) become the most desirable, although to a European they don't look very special. Could this situation be different? Yes, I think it could. It is not the architects that could improve this situation, or the private investors. They don't have any say about the public space: the parks, squares, streets that actually make up the city. This is the planning authorities' realm. They have to make the rules. In practice it is left to market forces. Thus it can happen that two architects who are designing neighboring buildings have to negotiate the placement of windows in their faНades, because there is no urban planning commission to handle this. The European city has always benefited from the fact that rich people were ready to invest in architecture, thus enabling the appearance of the beautiful districts that make up any historic city now. A prerequisite for this is the presence of strong urban visions and regulations that can channel money in such a way that it will be beneficial to the district as a whole. As long as the city is not ready to invest in urban design, the implementation cannot happen. 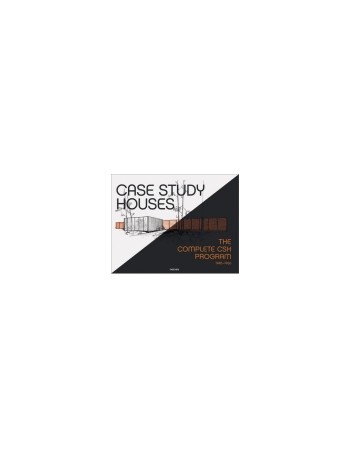 681,45 zł Cena
Dostępność: na zamówienie The Case Study House Program was initiated in 1945 by John Entenza who personally requested architects to contribute models for low-cost modern homes. This book presents the final 36 designs which reflect the aspirations of the post-war generation of American architects involved.