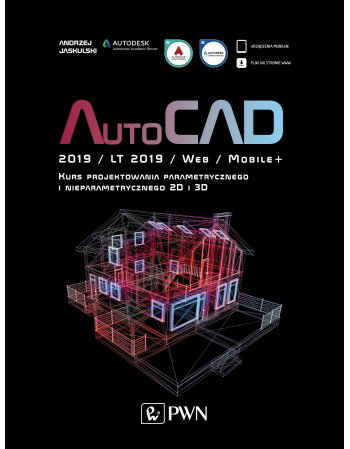 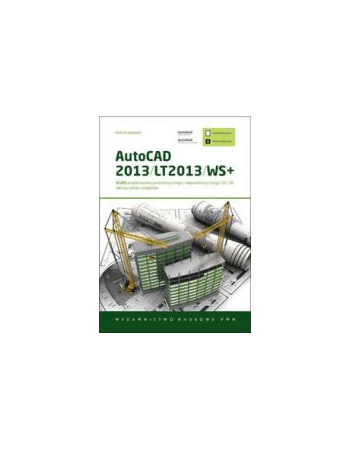 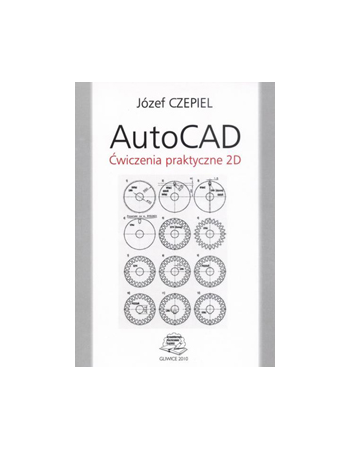 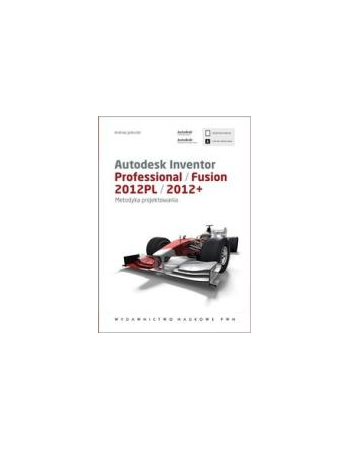 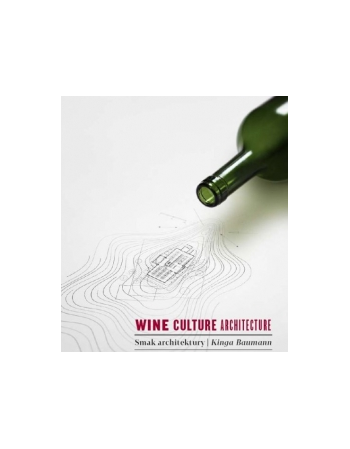 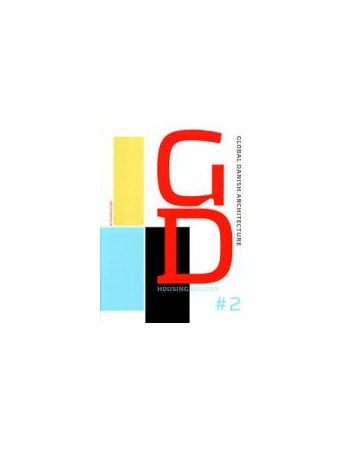 103,95 zł Cena
Dostępność: na zamówienie The Asian countries seek to dominate global markets not only in the area of science, technology and management, but also in the area of design, which is playing an increasingly crucial role in their strategic economic plans. One of their clear trends is the conscious use of traditional themes in combination with contemporary styles. Whether kimonos or packaging, Shinto shrines or computer designs, the viewer is stimulated by a wealth of inspiring visual stimuli. This book presents an overview of the current trends of the young Asian - Pacific design scene. Though the featured works, ideas and products vary very much from each other, they exemplify one thing for sure: The initiated dialogue between cultures and across national borders is increasingly gaining in importance.

Way We Live With the Things...

124,95 zł Cena
Collecting is an art form, and our homes are the intimate museums where we display our treasures - and with them, aspects of ourselves. Stafford Cliff and Gilles de Chabaneix offer a fascinating compilation of images that celebrate the ways in which we integrate our favourite decorative objects into our homes. From the lavish display of expensive and cherished antiques to the imaginative use of found objects, the collection showcases Gilles de Chabaneix's gift for photographing revealing remarkable interiors throughout the world.

132,30 zł Cena
Dostępność: na zamówienie Water, so essential to the survival of all known life forms, has recently become an item of luxury among more fashion-conscious and demanding consumers. The designer water phenomena is a trend whose roots can be traced back to Paris and has spread with astonishing success to all the world's major cities. Water Pack! presents a meticulous and international selection of the best packaging designs for bottled water, brands which might be found on the menus in today's most select restaurants, bars and spa shops. The bottle's design is nearly as essential as the origin of the water itself, a substance so elemental, colorless, and anodyne that nature has provided it free of charge, while human beings have turned it into a truly desirable, powerful and distinctive item.

61,95 zł Cena
Dostępność: na zamówienie After an amazing abundance of colours and form in the 1960s, high-quality wall covers were increasingly substituted by the ubiquitous woodchip paper. In the meantime, though, wallpaper has evolved into one of the trend topics in materials. Traditional manufacturers are now employing renowned designers to create new patterns which are clearly inspired by current trends or even evolve into trend setters of their own right. 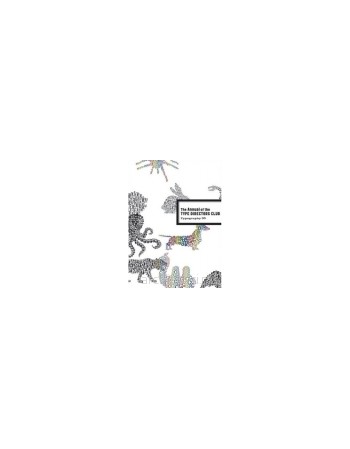 201,60 zł Cena
Dostępność: na zamówienie For over fifty years, the Type Directors Club has encouraged the worldwide graphic arts community to achieve excellence in typography through its annual international competitions. "Typography 30" is the only annual devoted exclusively to typography and presents the finest work in this field for the year 2009. Selected from approximately 2300 international submissions to the annual Type Directors Club competition, the winning designs are models of excellence and innovation in the use of type design, encompassing a wide range of categories, including books, magazines, corporate identities, logotypes, stationery, annual reports, video and web graphics, and posters.

140,70 zł Cena
Dostępność: na zamówienie This book showcases recent developments and tendencies in the universe of fonts. Drawing on leading designers and typographers, it presents a wide selection of complete alphabets and their application on posters, logos, adverts, magazines, flyers and exhibitions.

78,75 zł Cena
Dostępność: na zamówienie This book contains stunning images for use as a graphic resource, or inspiration. All the illustrations are stored in high-resolution format on the enclosed free CD-ROM and are ready to use for professional quality printed media and web page design. The pictures can also be used to produce postcards, or to decorate your letters, flyers, etc. They can be imported directly from the CD into most design, image- manipulation, illustration, word-processing and e-mail programs; no installation is required. For most applications, single images can be used free of charge. Please consult the introduction to this book, or visit our website for conditions.

114,45 zł Cena
Dostępność: na zamówienie Tropical Design is not an established architectural style, but a collective description of architecture and interior design in tropical countries, designed by architects from around the equator. Rooted in the traditional style of architecture that is typical in these countries and influenced by the European modern style, a unique architectural lunguage has developed that reflects contemporary tendencies and corresponds to the climatic requirements. As multifaceted as nature in the tropical regions, the architecture in the projects presented here is just as diversified. From " Las Terrazas" by Legoretta+Legoretta glowing under the Mexican sun to the romantic "Anantara" on the Maledives Island to the spacious and modern "LPVM House" by Biselli e Katchborian in Brasil - the book offers a small insight into the contemporary style from tropical countries. An index of contact information of the designer and architects is enclosed.

75,60 zł Cena
Dostępność: na zamówienie Have an extraordinary encounter with Japanese design culture without boarding a plane or even leaving your home, with Tokyo Clash. Author and photographer, Ralf Bähren, presents Japan’s mega city in a visually stunning collection of images, vividly colorful and rich in contrast. Readers are taken on an exciting trip through the everyday life of the Japanese, a world that doesn’t want to conform to the clichä of Asian reticence in the least. This delightful book promises appealing, provocative, and sometimes absurd insights into a completely foreign world.

119,70 zł Cena
Dostępność: na zamówienie The Graphic Design Exercise Book provides a series of challenging design briefs that reignite a designer’s creativity while also imparting new skills. Whatever their age or experience, graphic designers like to be creatively challenged, and may also want to broaden their skill-base in order to break into new and lucrative areas of the design industry. A range of industry insiders share their specialist knowledge by way of briefs that stretch the imagination and encourage the development of new skills across a range of genres, including logos, packaging, branding, identity, promotion, publication design, music graphics, and web design. Organized much like a recipe book, each brief lists the required materials and equipment so that designers can pick and choose. Interviews and in-progress work is included, while a number of fully realized projects illustrate the possible outcomes. The Graphic Design Exercise Book is a must-have addition to any designer’s bookshelf, prompting personal projects, new experiences, and revamped portfolios.

153,30 zł Cena
Dostępność: na zamówienie In recent years, a new wave of graffiti has brought about new ways of laying a message to walls. Aside from more commonplace stencils, stickers have started popping up all over urban areas, surprising us in many unusual places. Sticker Stack is a collection of stickers that have somehow caught our attention, be it for their design, their illustration or their message. It also comes with real stickers from some of the most interesting projects, all packed in a convenient plastic case.

43,05 zł Cena
Dostępność: na zamówienie "We have to replace beauty, which is a cultural concept, with goodness, which is a humanist concept." – Philippe Starck. Philippe Starck wants to bring love and happiness into your life by designing objects, environments, and appliances that will brighten your days. He spent his childhood under his father's drawing boards, sawing, cutting, gluing, and sanding, dismantling bikes, motorcycles and other objects. Several years and several prototypes later, he has changed life at the French presidential palace, the Italians have asked him to renew the notion of furniture, and he has turned the Royalton and Paramount in New York into the first classics of the new hotel world. Starck's overwhelming international success and cult-star status are proof that people everywhere are receptive to his kindhearted philosophy and distinctive aesthetic sensibility. The democratic design projects that he has undertaken with Target (USA) and j/ii (Japan), as well as the TASCHEN bookshops in Paris and Los Angeles and the Bon restaurant chain, are among the projects included in this volume that traces the entire career of today's foremost design superhero.

98,70 zł Cena
Dostępność: na zamówienie Design in the 1960s represented energy and fun: it was dynamic, cheap and cheerful and it prompted a consumer 'youthquake' revolution. Op Art fabrics, plastic chairs, inflatable houses, mini skirts, paper furniture, pop glass and psychedelic posters were all part of the design phenomenon. When Mary Quant launched 'the look' with her range of ready-to-wear fashions in the early 1960s, its style, like the Habitat interior look launched shortly afterwards, was immediately appropriated by the trendy younger generation. The Sixties traces the transition from the organic, fluid lines of the 'Contemporary' design of the 1950s to the pure geometry of 'the look' and the styles that proliferated throughout the momentous events of the decade. In all fields of design - architecture, ceramics, glass, textiles and furniture - circular and rectilinear motifs were seen to represent futuristic space-age design. The many illustrations include contemporary and avant-garde advertising from the design magazines of the period through to the stunning architectural photography of Julius Shulman. The book further examines the rise of the global design superpowers of the 1960s. While the United States undoubtedly led in the field of architecture, and the Scandinavian style remained a potent force in the applied arts, Britain, at the centre of the fashion and popular culture explosion, and Italy, adding a whole new dimension to furniture and plastics, were emerging as the two new international design superpowers.

177,45 zł Cena
Dostępność: na zamówienie Shanghai is the fastest growing city at the moment and will be one of the most important metropolitan cities in the world. The diversity of Western and Oriental influences can be seen on its streets, in the silhouettes of its buildings and in their interiors, where tradition, design and contemporary tends mingle to create a distinctive language. In a mere 10 years, Shanghai has acquired a skylight comparable with that of New York, which was build over the course of more than 50 years. In this book you will find the image of the contemporary Shanghai, like the world’s future highest building to the new Shanghai International Formula One Circuit. About 35 projects are published, buildings, restaurants, shops and offices.